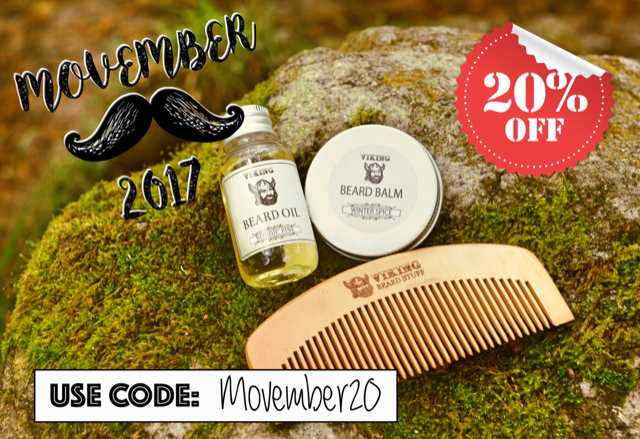 Show your support and donate! We’re also offering a 20% discount throughout November on all purchases. Simply use the voucher code: Movember20 at the checkout.

Our fathers, partners, brothers and friends face a health crisis that isn’t being talked about. Men are dying too young. We can’t afford to stay silent!

That’s why The Movember Foundation are taking action.

They’re the only charity tackling men’s health on a global scale, year round. They’re addressing some of the biggest health issues faced by men: prostate cancer, testicular cancer, and mental health and suicide prevention.

They know what works for men, and how to find and fund the most innovative research to have both a global and local impact. They’re independent of government funding, so they can challenge the status quo and invest quicker in what works. In 13 years they’ve funded more than 1,200 men’s health projects around the world.

The state of men’s health is in crisis. Men experience worse longer-term health than women and die on average six years earlier. Prostate cancer rates will double in the next 15 years. Testicular cancer rates have already doubled in the last 50. Three quarters of suicides are men. Poor mental health leads to half a million men taking their own life every year. That’s one every minute.

Help them stop men dying too young. Join the movement and: Donate Here! 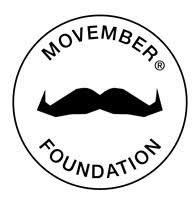 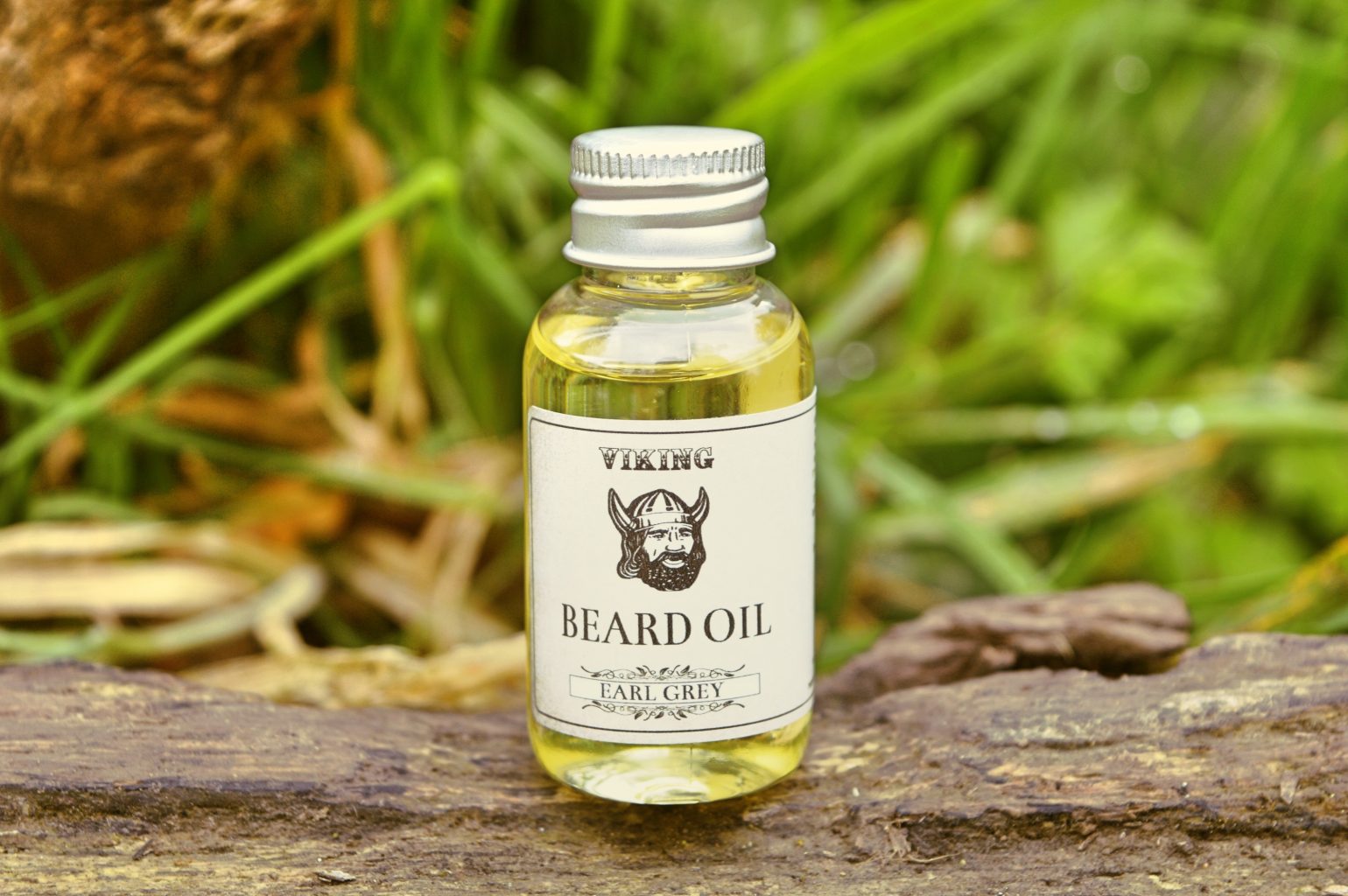 Bobert Brush likes nothing more than a nice cuppa tea.

Apart from a cup of coffee.

But that aside, nothing beats the good old fashioned British cure all. And so it is fitting that Viking Beard Stuff – Norse themed boutique apothecary based in England – provide us with the truth on the matter. Earl Grey is a British tea scented with bergamot. I’ve never much cared for the stuff myself. And now it is obvious why! Bergamot is much more suited to being smeared all over your chops instead!

For though it makes a dull and uninspiring tea, bergamot makes for a blinder of a beard oil!

Enough said.Viking Beard Stuff have pulled out all the stops with this recipe. As well as the carefully considered scent, they have created a wonderfully light, golden carrier oil – which includes the notorious “big brother” of carrier oil: castor oil itself.

I’m itching to tell you all about it, so let’s see how it fares the review process !

The industry average benchmark for lingerability is 30 minutes (I mean genuine lingerability – not a faint impression that that is left more in your head than in your beard).

Therefore, it is above average and I grade it:

This is a decently strong aroma. In fact I’d say it’s strength has been engineered perfectly to compliment its scent.

It emanates with the same force as an over-muscled and under-brained Viking dullard slapping you on the chin with an over-caloused hand.

That (in case you can’t tell) is Bobert Brush’s version of high praise!

In the formal test these anecdotes were edified with a score of 1.55 feet in the emanation test.

The simplicity of bergamot and lime is very refreshing and combined in the perfect ratio.

Paradoxically, this recipe somehow combines the calming and refined essence of high tea, with the valiant and proud heart of Nordic energy.

For just the briefest of moments I was imbued with the unconquerable soul of a Viking warlord.

We don’t have any issues with this specimen in the greasiness stakes.

I was curious to see how the Earl Grey would perform in this test, since it leverages two oils that both have a reputation in the industry for being nefariously greasy – argan and castor.

However, could it be that this reputation is as baseless as the pervasive myth that Vikings were nothing more than savage barbarians? When in fact the evidence suggests they were proud warriors of a learned and high culture ?

I think so. It must be the high quality carrier oils used, or perhaps the secret ratio of almond and jojoba offsetting the greasiness factor. Somehow the Viking Beard Stuff Crew have created a light and thin oil that nourishes without being greasy.

All the usual benefits were bestowed upon me by this specimen. Improved management, enhanced lustre, conditioning and nourishment.

The beard seemed especially smooth to the touch after application.

I even noticed a small decrease in bristle indentations after the blu tack test!

Now I was really impressed by the skin impact of this oil.

I used a droplet to massage into my cheek as I happened to have some flaky and dry skin just there. The Early Grey moistured the area and delivered a nourishing impact without leaving any grease on the surface at all.

Now compared to smearing olive oil all over your face (which I’ve done many times – it’s a hard life being a professional beard oil collector), that is a profound performance!

A 30ml bottle of Earl Grey will set you back £9, with free Postage within the UK! International shipping is available and priced at checkout.

My industry analysis of UK beard oil tells me the median price per ml for beard oil produced in the UK is £0.60 precisely.

As such, the Earl Grey is exactly half of the average market price. This gives it a base value score of 78%.

However, I am also awarding a 10% adjustment for uniqueness, as I have not seen a tea themed beard oil anywhere else before.

So, overall, based on the weighted factoring of all criteria, the Earl Grey by Viking Beard Stuff scores an incredible:

A light and refreshing oil that will nourish your beard, make you smile – and leave your wallet intact. 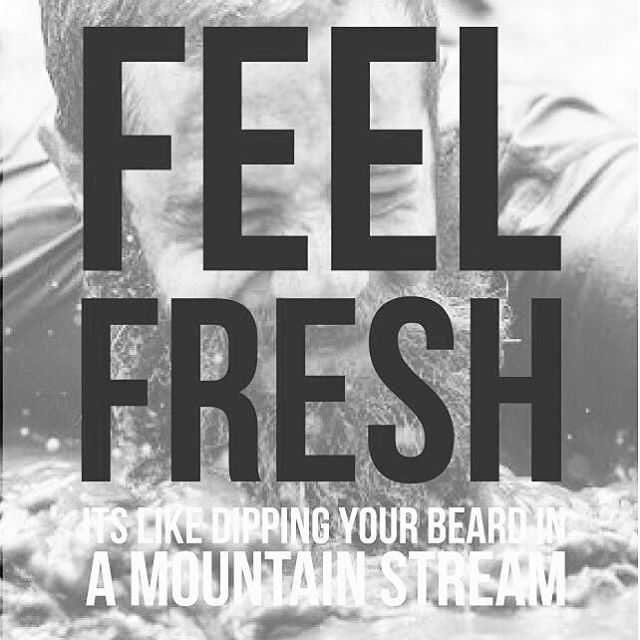 WE ARE THE FIRST UK SUPPLIER OF BEARD WIPES, TRY YOURS NOW!!

Beard Paw Premium BeardWipes are made with the Modern Man in mind. The company was created by a team who understands that a beard is a badge, a symbol of manhood, virility, and the time-honored tradition of letting that which is natural grow and fl­ow. It is not always easy to keep the facial forest clear of debris, which is why Beard Paw wipes are the perfect companion for the man who wants to stay fresh without compromising his schedule or lifestyle.

Our BeardWipes are alcohol-free and made of cotton so they are soft, strong and won’t leave annoying bits of paper behind after use. Our solution is a beautiful symphony composed principally of: a mild soap for cleansing, Grapeseed and Aloe oils to condition the hair and skin, and finally a cool blast of Cedar and Eucalyptus that leaves you feeling like your beard just took a dip in a mountain stream. Beard Paws are designed to be versatile in use and intended for doing what a dry napkin cannot. Use them after eating or drinking, smoking, or whatever else might leave undesirable residues or scents on your moneymaker.

You stroke your beard all the time. Next time, treat it right with a Beard Paw. 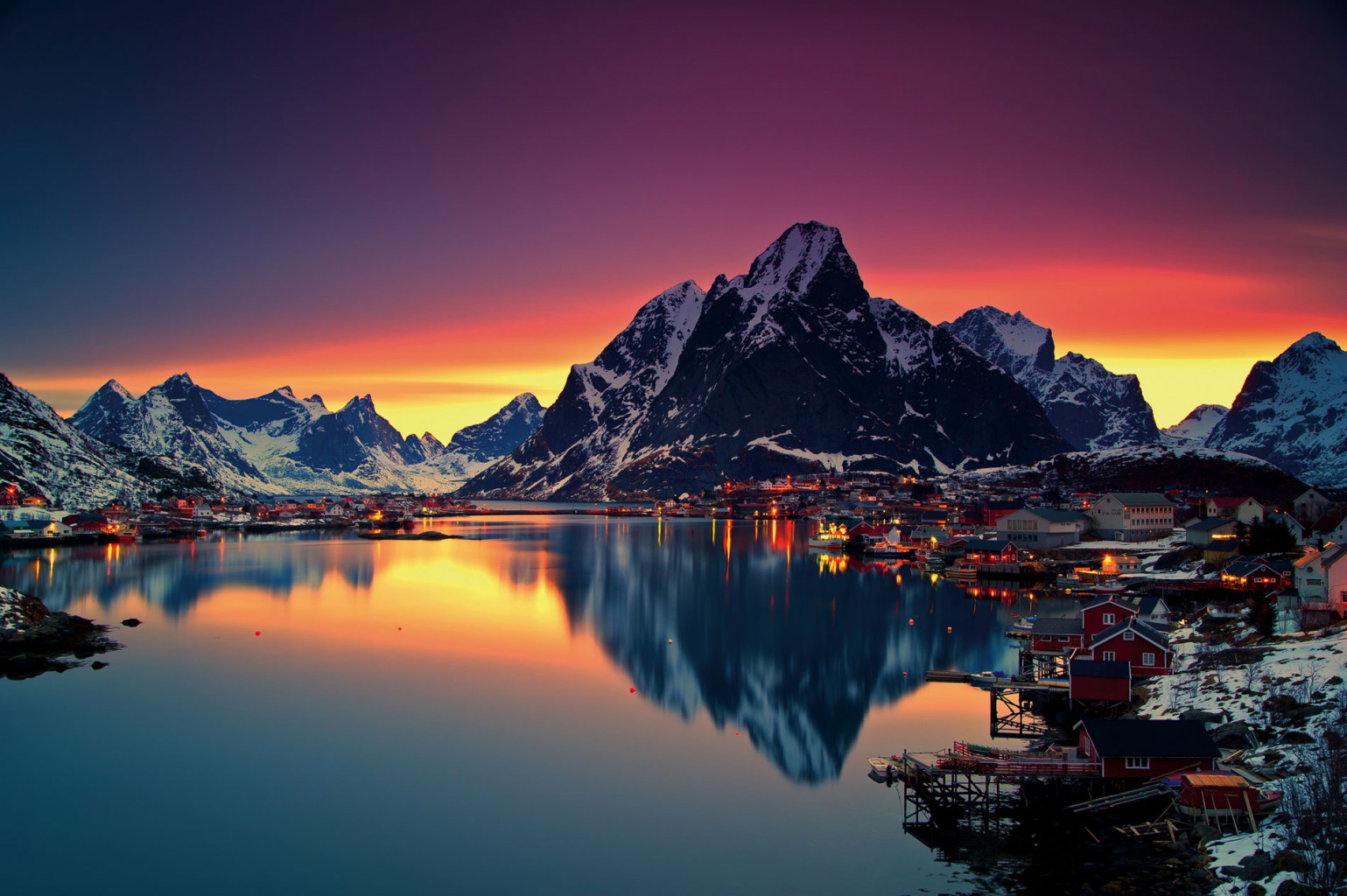 History tells us that the beard was a sign of power, high social status and wisdom. Norse Sagas tell of women competing over who gets the best man, with the best beards regarded as a sign of virility.These battle-hardened warriors used their Beards to intimidate inhabitants of foreign lands whilst charging at them with their battle-axes and spears, striking fear into their unsuspecting victims.

Vikings needed to keep their faces warm during the freezing Scandinavian winters and protect their skin from windburns whilst sailing on the Icy seas of the North. Thus they would take great pride in looking after the Beards which sat upon their faces, and rightly so!

At Viking Beard stuff we also take great pride in the products we provide you, in order to protect your Beards and skin. We carefully create all our products by hand in small batches, using only natural materials and Oils as the Vikings would have.

We take time picking only the best ingredients for their nourishing and healing properties. They are selected to help repair dry and damaged beards and the skin beneath. Our products are formulated to fight bacteria, cleanse and ensure your beard is protected against the harsh elements the Vikings would regularly come up against.

We produce products that Vikings would be proud of.

Give it a go, your face will thank you for it.

Buy Now in Our Shop